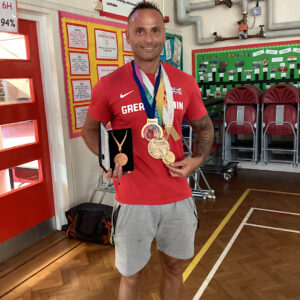 Today we were lucky enough to have a visit from Andy Turner, yes that’s right a celebrity visited our school!

Andy, who is now a retired athlete, led an assembly where he told us about his career being an athlete. He was famous for competing in running competitions that used hurdles. He talked about his achievements and showed us his heavy, precious medals. We learned that he wasn’t naturally good at running and in fact as a child his brother was faster than he was. Following lots of hard work and dedication he was able to improve his skills, beat his brother and became a champion who represented Great Britain at lots of different international competitions such as the Commonwealth Games. Andy was happy to answer lots of the children’s questions and we even discovered he used to regularly spend time with Usain Bolt!

Upper Key Stage Two then had the pleasure of spending some time with Andy who encouraged the children to show their agility and strength on the playing field. He shared many valuable lessons with the children and many pupils were left feeling motivated by his words.

Click this link to see the man himself in action.

Andy, it was a real treat having you visit our school, you are welcome at Calshot any time! 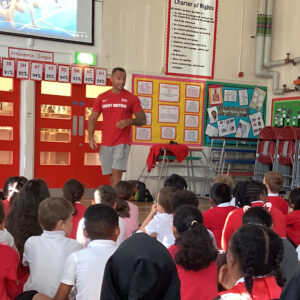 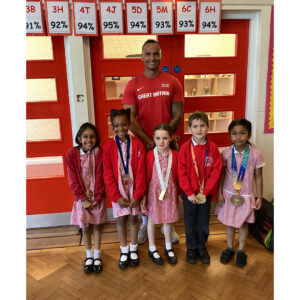 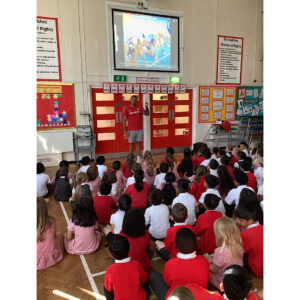