Autumn 1 – The Surprising Stone Age and Me 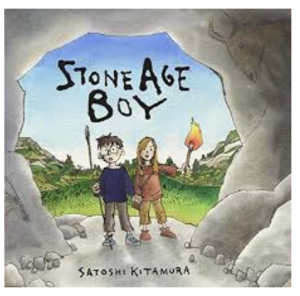 We will be starting the year with our exciting topic, which will be focusing on ourselves and our own goals and targets. Our History theme is based around journeying back through time to investigate the start of human civilisation, as we look at the lives of early humans in the Stone Age and Bronze Age. In English, we take a trip back in time with the book Stone Age Boy and write a postcard card home explaining how life was completely different then. In addition, we will change the story and write our own alternative version. As well as learning about Stone Age animals and writing non-chronological reports. As well as this, during our Science lessons, we will be looking at the human body, how to keep ourselves healthy with a balanced diet and how our skeletons and muscles work.

The novel George’s Marvellous Medicine will complement our Science topic and in English we will be creating our own descriptive list of ingredients for Grandma’s medicine. In addition, we will also be completing lots of physical skills such as dance and ball-skills in P.E and understanding how physical exercise can affect the body. Finally, your child will be setting themselves some challenging targets for the year ahead!

Autumn 2 – Don’t Blame it on the Weatherman 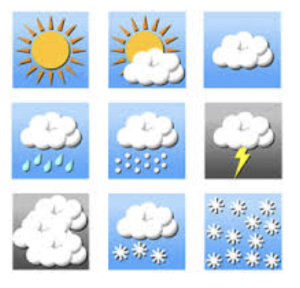 As we head into the cold winter, we will be taking a geographical approach and your child will be learning about diverse weather phenomena, both locally and worldwide. Your child will become a roving, intrepid weather reporter and write reports on the devastating effects of Hurricane Katrina and the impact it had on the inhabitants of America.

Their computing skills will be put to the test as they research these facts. Furthermore, we will be writing stories using suspense, as the children create story endings for a terrible flood. It’s not all rain and storms though as the children enjoy the creative aspect of weather poetry using both instruments and onomatopoeia to bring weather to life! The children will also be making their own weather dances in P.E. As we creep further towards Christmas and the freezing weather, we will be heading on an exciting journey south to Antarctica and writing postcards home about the extreme weather conditions and the possibility of frostbite! We will climb aboard the Polar Express to get us into the festive spirit and the children will not only be writing creatively about this magical journey, but they will also be using their art and design skills to recreate some of the special features from the story as well. In Science, we will begin our new topic ‘How does your garden grow?’ We will learn the roles of plant and flower parts and the children will be investigating what plants need to be healthy.

Ahoy there, it’s only our Lovable Rogues topic! You may know one yourself… but this half term we will be studying some famous lovable rogues. We will set sail on our pirate ship voyage by reading about the adventures of the mischievous Horrid Henry. Throughout the topic, we will be comparing the stories of Henry and his friends and creating our own horrid characters, with alliterative names, that end up getting into lots of sticky situations. We will study the features of play scripts and create our stories, with our unique characters, in the style of Horrid Henry.

Henry isn’t our only lovable rogue though! We will investigate what terrible tricks The Twits play on each other and create a few of our own, so watch out at home! We look at life on the seven seas and investigate the history and legends of famous pirates. Your child will put their art and design skills to good use creating a treasure chest. Why stop at the seven seas though? In P.E., we start swimming at the local swimming baths and we test our fitness doing circuit classes using stop watches. In Science, we will be learning about the poles as well. This time we will be studying magnetic north and south in our topic based on magnets and forces.

Spring 2 – All Creatures Great and Small 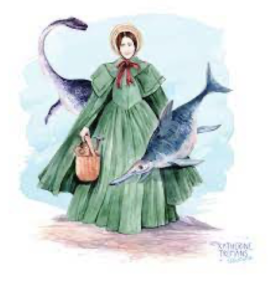 All Creatures Great and Small is our topic this half term and what better animals to study than the dangerous, deadly dinosaurs. In English, we will learn all about the famous, female paleontologist Mary Anning and through studying fantastic books like ‘Stone Girl, Bone Girl’ we will be producing autobiographical writing about her fascinating life. Also, we will be reading Jaqueline Wilson’s ‘The Dinosaurs Packed Lunch’ and imagining we are dinosaurs for a day in order to write our dinosaur diaries. Further to this, we will be creating calligram poems all about the ancient creatures we have been studying, using alliterations and similes. In History, we will be learning about species of dinosaurs, their characteristics and their habitats.

Imagine walking with dinosaurs! We will be doing this during our visit to Think-tank. Our Art and Design will be based on creating some colourful and stunning dinosaur collages and paintings too. To complement this, in Science will be looking at different types of rock, soils and fossils. We will test them and classify them based on their features. We have our second half term of swimming, where we continue to develop our stamina along with stroke techniques.

Would you rather battle with Boudicca or enlist in the Roman army? We will explore the fascinating way life has changed throughout history by writing reports on life in the Iron Age and discovering all about Celtic homes, jobs and becoming a fierce warrior. Then we will progress into the ruthless era of the Romans who invaded Britain. The children will become the Emperor for a day and persuade people to join their army to take over Celtic Britain. They will also describe what life would be like within a Roman settlement by creating setting descriptions and character profiles. In addition, they will put their persuasive and artistic skills to use by advertising the amphitheatre and becoming convincing estate agents to encourage people to buy a new Roman villa. Finally, they will step into the role of Romulus and Remus and describe in their diary entry how Rome got its name. Although we will be learning about life as a Roman soldier, imagine how much fun it will be to become one for the day!

We will visit Lunt Fort and learn how to battle with shields and swords, hopefully the Emperor will give us the thumbs up for our efforts! We will create some beautiful Roman mosaics and learn about Roman numerals. Plus, we will learn about Roman gods and goddesses and how they influenced the lives of the Roman people. To celebrate the weather becoming warmer and the days being brighter, in Science we start our second part of ‘How does your garden grow?’ We explore pollination and seed dispersal. We also try to grow a few sunflowers of our own! In P.E., we prepare for sports day with a range of field events and athletics.

Finally, set sail on an astounding historical voyage into the Saxon invasion of Britain. Here the children will become amazing archaeologists who will investigate and make detailed reports on some of the evidence and historical objects that have been found in Britain. Plus, we will be writing descriptively about what daily life would have been like during this time period. In addition, we will write newspaper articles about the famous site of Sutton Hoo.

In order to study the whole of Britain, we will also head north and research the Picts and Scots to observe who else was living in Britain at the time of the Anglo-Saxons. Following on from this, we will take a more mythological approach as we explore the life and culture of the Viking settlers. We will write character descriptions, poems and stories about the Norse gods including the mighty god Thor. The children will learn about Viking long boats and put their design skills to use as they create their very own version of one! Whilst looking at these periods in history, we will also investigate the spread of Christianity and how this caused problems for the Viking settlers. To end the Summer term, we will be using the sunny days to help us understand shadows and how they occur in our Science topic and in P.E., we enjoy team games of rounders and dodgeball.

Please note that Parent Information Leaflets are sent out each half term with further details.