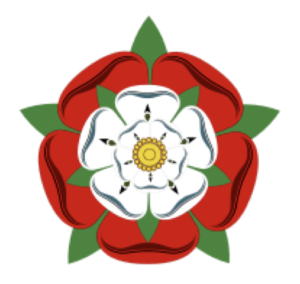 Come with us on a journey back to the Tudor times and discover what life was like during this infamous period in British history. We will begin our journey on the battlefield as we discover how the Tudor reign began and imagine we were there to witness the events of the Battle of Bosworth.

In English we will write diary entries in the role of Anne Boleyn recording her thoughts and feelings prior to her execution. As well as this, we will be re-enacting Henry VIII’s motivational speech as the new King addresses his kingdom. Moving forward in time we will explore the life of Henry VIII, learning about his many wives as well as the impact he had on modern day life in Britain.

Alongside this, we will be exploring the meaning of marriage across different religions and considering its importance in the modern day. Throughout this half term we will be reading ‘The Prince and the Pauper’ and drawing on the text to write persuasive letters, play scripts and an alternative ending to the story.

The journey does not end there, in PE lessons we will be working together to practise and perform Tudor dances and in art we will be creating collage Tudor Roses – a significant symbol of Tudor history. Also this half term, we investigate the properties of materials and carry out an investigation involving absorbency. 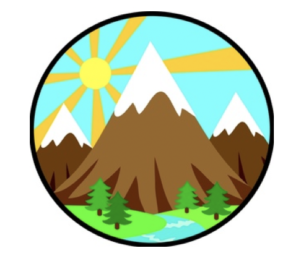 Time to delve into the most perilous peaks on this planet. If you love adrenaline filled exploration then this is the topic for you! This half term, we explore the range of vast mountains and extreme volcanos around the world from the buried city of Pompeii at Mount Vesuvius to the terrifying peaks on Everest. We will be learning and writing detailed biographies about the courageous explorers who attempted these life-threatening adventures, such as Rob Hall and Tom Whittaker.

We will also use figurative language to describe the breath-taking sunrise views that explorers get to experience such as those high in the Andes at Machu Picchu. During our topic lessons we will explore the history of the Inca Empire, life in the Himalayas and look at the journey of a river through the mountains. During the ‘Let’s get moving’ science topic, we will investigate the forces of friction, air resistance and water resistance.

Excitingly, we also carry out a range of investigations by creating our own levers and designing and creating our very own parachute to explore air resistance in action.

Spring 1 – Through the Wardrobe! 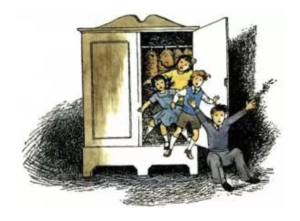 Join us on a magical voyage of discovery as we travel through the wardrobe into the awe-inspiring land of Narnia. Let your imagination run wild as you write your own adventure story about your own journey through the wardrobe. Your imagination will be given free rein once again as you write your own non-chronological report about a mythical creature, similar to the ones created by C.S Lewis.

You will certainly need to be empathetic, yet level-headed, as you respond to a letter from Edmund regarding his Turkish delight dilemma and your journalism skills will be fine-tuned as you write an engaging newspaper report about events in the story. For the artists amongst you, this topic was created with you in mind! Join us as we recreate scenes from the story using a range of media and have great fun creating wanted posters for the sons of Adam and the daughters of Eve.

Whatever your interests, once you have stepped into this magical topic there really is no going back! Also this term in science we will look at some of the ground-breaking work of ‘Super Scientists’ such as Fleming and Curie. Then we use our forensic skills to solve a crime by examining finger prints and using chromatography. 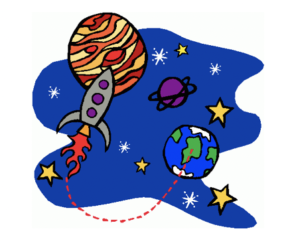 Ever dreamed of being an astronaut? Well now’s your chance! As we journey through space we will be learning about our Solar System and all the planets within it. In English we will be writing an information text all about the different planets and you will be journalists for the day as we report on the recent Rosetta Mission travelling beyond even our Solar System. As well as far away planets, we will also be focusing on our own moon.

In Science we will learn about the different phases of the moon and will imagine landing on the satellite as Neil Armstrong and Buzz Aldrin did back in 1969. We hope you’re feeling creative, as in Art we will be using chalks and pastels to create our own space themed pictures, thinking about the light source to create shadow within our work.

Of course we can’t journey through space without considering whether there may be life out there, so in Computing we will be using the SCRATCH computing program to create a simple chase game where an alien has to escape from a rocket! We hope you’re ready to lift off into outer space and join the adventure! 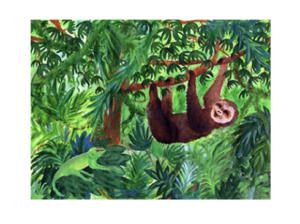 Take a deep breath as we embark on an adventure through the rainforest! You will be trained as botanists as we learn about the different layers of the rainforest and the plants and animals which dwell within each. In English, you will reflect on the sights and sounds of the rainforest as you write a detailed and engaging setting description.

During our adventure we will be reading Lynne Cherry’s story ‘The Great Kapok Tree’ and you will be writing your own prequel for the tale. You will certainly need green fingers for this engaging science unit! Be amazed as we investigate how bean seeds grow to reach the sunlight, similar to the emergent trees in the rainforest.

If learning about animals excites you then you will love exploring the life cycles of a variety of animals and the ways in which they are adapted to their environment. In PSHE, we will also consider the wider issue surrounding the importance of protecting our rainforests and its wildlife. This rainforest adventure will come to life at Birmingham’s Botanical Gardens as we delve deep into the tropical houses and marvel at the magnificent scenery. 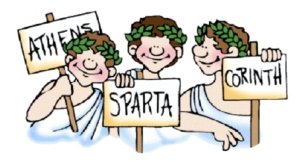 Time to step back in time again… but this time we are travelling back to Ancient Greece to learn all about life thousands of years ago. Mythical beasts, wooden horses, enchanted wings, magical twine………we will discover all about these as we explore Ancient Greek myths and the morals within them.

In English, we will report on the events of the Trojan horse legend, as well as writing mythical battle scenes and our very own Greek myths. We will explore Ancient Greece as the birthplace of democracy and consider how this has shaped our lives today. We will discover the truth about the past through close observations of Ancient Greek vases and in Art create our own spectacular designs portraying the legendary myths.

Enjoy sport? Fasten your laces as we will be competing in our own version of the Olympics whilst discovering the gruesome events held during the first Olympic Games. Be ready to bring this ancient civilisation to life as we don our togas for ‘Greek Day’! In science we will be studying Growing Up and Growing Old and how our bodies change as we age.